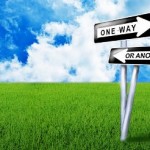 The All Out Rugby team debate which selection experiment is the most important for Rassie Erasmus to conduct when the Boks face England at Newlands on Saturday.

The key to staying ahead of the curve in any field of competition is making changes before they are necessitated by failure.

No coach is more aware of this than those who select and coach successful sports teams. They are constantly reviewing performances and looking ahead.

For various reasons, there has been very little continuity-planning in South African rugby, from both a coach and player perspective. Instead, the Boks are asked to adjust to a completely new approach with every new coach, and with the incentive loaded towards winning now at all costs rather than a more sustainable, long-term view, the South African game has not grown at the same rate as some of the Boks’ fiercest rivals.

With this in mind, the AOR team debate which selection experiment is the most important for Rassie Erasmus to conduct when the Boks face England at Newlands on Saturday.

Tank Lanning – Play the Tank
The combination of a six-year contract as SARU Director of Rugby and a successful start as Bok coach has given Erasmus an opportunity to look beyond this week and plan for the future. However, he doesn’t need to achieve this through a complete overhaul of the team. Instead, Erasmus can integrate new players into an existing unit, giving them the benefit of team cohesion and confidence and, more importantly, continuity.

As such, I would not make more than four or five changes. And three of them would be up front. A start for Steven Kitshoff is obvious now that Beast Mtawarira is a centurion. Next to him, I would start Akker van der Merwe and new tighthead on the block, Thomas du Doit.

The latter has had his detractors, including this writer – given my distaste for props switching sides while playing at the highest level, instead of earning that right via the club system. But I was one of the first to suggest that this particular switch could work, and what better time to find out if it has?

Du Toit played off the bench in Bloemfontein last week, and his second scrum – the one that earned the Boks a penalty-try – was a sight to behold! It was, however, part of a fresh Bok front row against England’s tiring, starting combination.

Of concern was the last-minute capitulation to a seven-man England scrum. I’d be both nervous and excited if I was Erasmus. Having gone 2-0 up in the series against a clearly unsettled England side, I’d use Newlands to gauge which of the two emotions is the right one.

CLICK HERE to see what Zelim had to say.