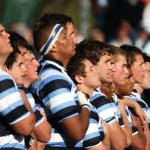 It’s like a Great White feeding frenzy at Seal Island! Instead, Tank Lanning suggests putting a few skilled regional scouts in place, and recruiting from outside the over hyped and politically burdened Craven Week.

‘Twas the Monday after the completion of the league phase of Vodacom Super Rugby and the annual showcase of South Africa’s schoolboy talent, Craven Week. As good a time as any for an ex tighthead prop who fell into a barrel of Cynic’s Brew as a lightie, to stir the pot a little …

This of course, because if they had taken heed of the overall log points, the playoffs would have looked like this:

And that’s before we even get into the fact that five months of drudgery cut only 7 teams from the playoffs. Talk about rewarding mediocrity! Or the semi-final draw being pre-determined, meaning that a team ranked as low as fifth could host one semi-final, while the third-placed team may have to play away in the other.

Could they have made it any more complex or contrived? Oh well, it’s not like anyone cares any more … So I will move on.

Another day, another SANZAAR press release. Monday’s missive has them pondering the TMO, thankfully!

“A major concern for us at present is the implementation of the TMO protocols, which are clearly not working,” say SANZAAR, who are now implementing a specific review into it.

With the technology available to us, surely it as simple as having a centralised TMO body to oversee all referrals from a specific tournament? That way, at least it’s the same people overseeing all the decisions, and by having more than one person (I say remove the referee from all TMO calls), we bring in more objectivity.

One way or another though, we need simplification of the laws, and we need to judge on intent and not outcome. There is always going to be some form of subjectivity in rugby officiating, but let’s keep it to a minimum.

“Schools are basically mini academies these days,” said a prominent director of rugby to me as we took in a morning game at Craven Week last week.

And given the salaries of those at the helm, how very true! And how very scary! That said, it is a fair dinkum career choice for young men these days, so why not? A discussion for a different day, though …

So what happens between school rugby and the Baby Boks? Results wise, Chean Roux’s charges probably got a pass mark at the U20 World Champs this year, but my oath did they play some poor rugby! And why so dreadfully conditioned?

So different to my day (I remember with great fondness getting a purple SABC tie from the late Zandberg Jansen at the evening function for being the forward of the day), these days Craven Week is like a Great White feeding frenzy at Seal Island as the clubs, universities, unions and even overseas scouts pounce on the stand out players.

R1m contracts for players just out of school are not unheard of! A million bucks! Before they have even played a club game!

Surely it is time to skip worrying about the best thing since sliced bread heading to Toulon? We simply cannot compete. Let them go. That river will run dry sooner rather than later.

These “I pee eau de cologne” green horns also need a stint playing club rugby before further cotton wooling them in academies and institutes. Nothing like a game out in the sticks, in front of 3 men and a dog, on a field made up of weeds and sand rather than grass, to see what they are made of!

And this recruiting of every single young player in SA like the Bulls are doing right now is just plain dreadful for player development.

Here’s a parting thought – What about doing some actual work by putting a few skilled regional scouts in place, and recruiting from the pool of players that do not make it to the over hyped and politically burdened Craven Week?

Not only do you fish outside the “Now I have made it, it’s time to pay up” brigade, thus saving yourself a good few bucks, but through picking up players likely to be more grateful for the chance, they are more likely to be willing to put in the work needed to be a pro.