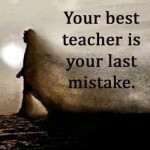 There is no space in rugby for the selfish so-and-so looking for personal glory. It’s a sport that requires one to sacrifice oneself for the greater good of the team. And that requires character and a want to make the people around you look good.

“You need to be more of a team player”, says your boss at one of those dreaded annual review sessions.

“Why?” you think to yourself. All that does is give credit to other people for all the good work I am doing. A team, after all, like a chain, is only as good as it’s weakest link.

Perhaps. But what about the whole being greater than the sum of it’s parts?

Look, sometimes the situation demands a Louis Luyt dictator approach. It’s an approach that delivers solutions quickly, albeit sometimes the wrong solution. But nine times out of ten, the optimum solution is going to be found through some form of collaboration.

And that’s where that ability to be a team player comes in. And what better sport than rugby to prepare you for this very role …

There is no space in rugby for the selfish so-and-so looking for personal glory. It’s a sport that requires one to sacrifice oneself for the greater good of the team. And that requires character, an understanding of the game beyond your own position, and a want to make the people around you look good.

Like all team sports, rugby gives one an appreciation of the fact that life is not always fair. One player’s your personal success is often reliant on someone else doing what they are supposed to do. But given rugby’s intense physical nature, it’s a sport that goes beyond reliance, instead into the realm of co-dependency.

It’s these co-dependencies that make rugby not only the ultimate team sport, but perhaps even life’s ultimate role model!

Forwards and backs: Lose the battle up front, be it the scrum, lineout, breakdown or kick in, and it’s hack central from the peacocks out back as they start life on the back foot. Give them a an easy ride by getting over the gain line up front, and boy do those guys like to fan out their tail feathers. It’s worth it just to stop them bleating, but every now and then they do actually acknowledge the real heroes of the game by buying the sweaty sods a beer.

The hooker and his locks: Throw the ball into the lineout perfectly and the locks get to look good doing their primary job. Get the timing of their jump wrong, though, and no matter how good a throw it was from the hooker, he is going to look like a plonker.

Props and locks: Get the lift right in the lineout and not only does the prop get the lock into the air, but also delivers the space needed for the tall timber to thrive. In return, instead of loafing come scrum time, the locks actually use the spring they have in those long legs to allow the prop to get his way up front.

Tight forward and loose forwards: A little oomph come scrum and lineout time from the flanks and 8th man sees the fat boys getting to the rucks and mauls in time to deliver clean ball for the loosies.

Scrumhalf and flyhalf: A quick, long pass goes a long way to making a flyhalf (and his backline) look good. But that pass can’t happen without the flyhalf letting the scrummie know where is going to positioned himself.

Inside and outside backs: Shovel the ball down the line without attracting the attention of a defender and the outside backs get man and ball behind the gain line. Use a little muscle or skill to suck in a defender or two, and it’s raining tries from the speedsters out wide.

Get these co-dependencies to thrive and you will find yourself a lot closer to achieving the ultimate team goal – that of getting the sum of the parts to be greater than the whole!

Corporate culture is another element that can take some guidance from rugby.

The Blitzboks specifically. Coach Neil Powell and his management team have instilled a set of team values that everyone not only has to follow, but is proud to follow.

Former skipper Kyle Brown often speaks of the caring, family type culture, and of the Blitzbok brotherhood, one lacking any sort of hierarchy.

As such, this culture not only influences which players they contract, but makes the integration of new players into the team and environment incredibly smooth and simple.

It’s an incredibly difficult thing to get right, yet so very key to success in any team sport, or any corporate environment.

So there you have it, look no further than the great game of rugby for life’s ultimate role model!